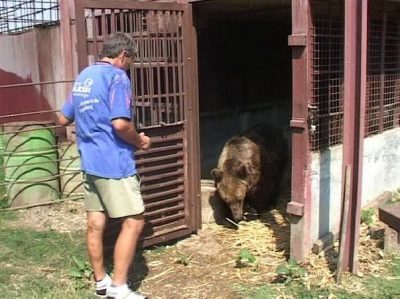 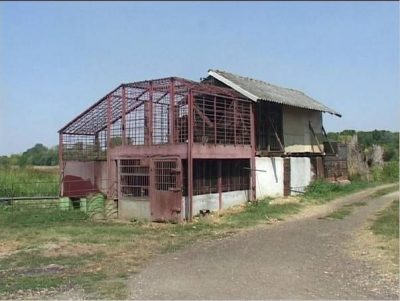 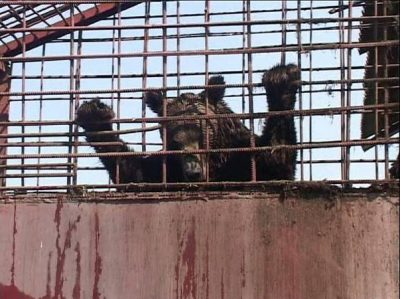 React! Notify all competent institutions, make the story known on all social networks! Together, we can change the world!

In a leveled cage of about 40 square meters, a man from Arad, Petru Cilan, has his own bear “farm” and he praise himself that he offers exceptional conditions to the bears and that he loves them very much.

The law no. 13 of 11/03/1993, that ratifies the Berne Convention of 19/09/1979, forbids “any form of deliberate capture, of HOLDING, deliberate killing or commercialization of these live or dead animals… of the wild fauna species listed in annex no. II”, of which the bear is also part of, being considered “a monument of nature”.

For many years, AMP has been trying to save these bears! After dozens of complaints to local and national authorities, our last hope was in court.

The Arad Court of Justice approved in 2014 the commencement of criminal prosecution against the man – a premiere for Romanian justice: the first Romanian citizen prosecuted for illegal possession of bears.

In 2015, after a year of waiting, the prosecutors have ceased the criminal prosecution due to changes in the Criminal Code. Now, the illegal possession of wild animals no longer constitutes an offense.

The Sanitary Veterinary Authority’s order (ANSVSA) 31/2008 for the approval of the Methodological Norms for the application of Law no. 205/2004 on the protection of animals, CHPT. IV, Article 12, point 3,explains that “If the wild animal can not be re-territorialized, it will be entrusted to specialized sanctuaries, in collaboration with animal welfare organizations”.

HELP US TO RESCUE THEM! THEY DESERVE A BETTER LIFE!