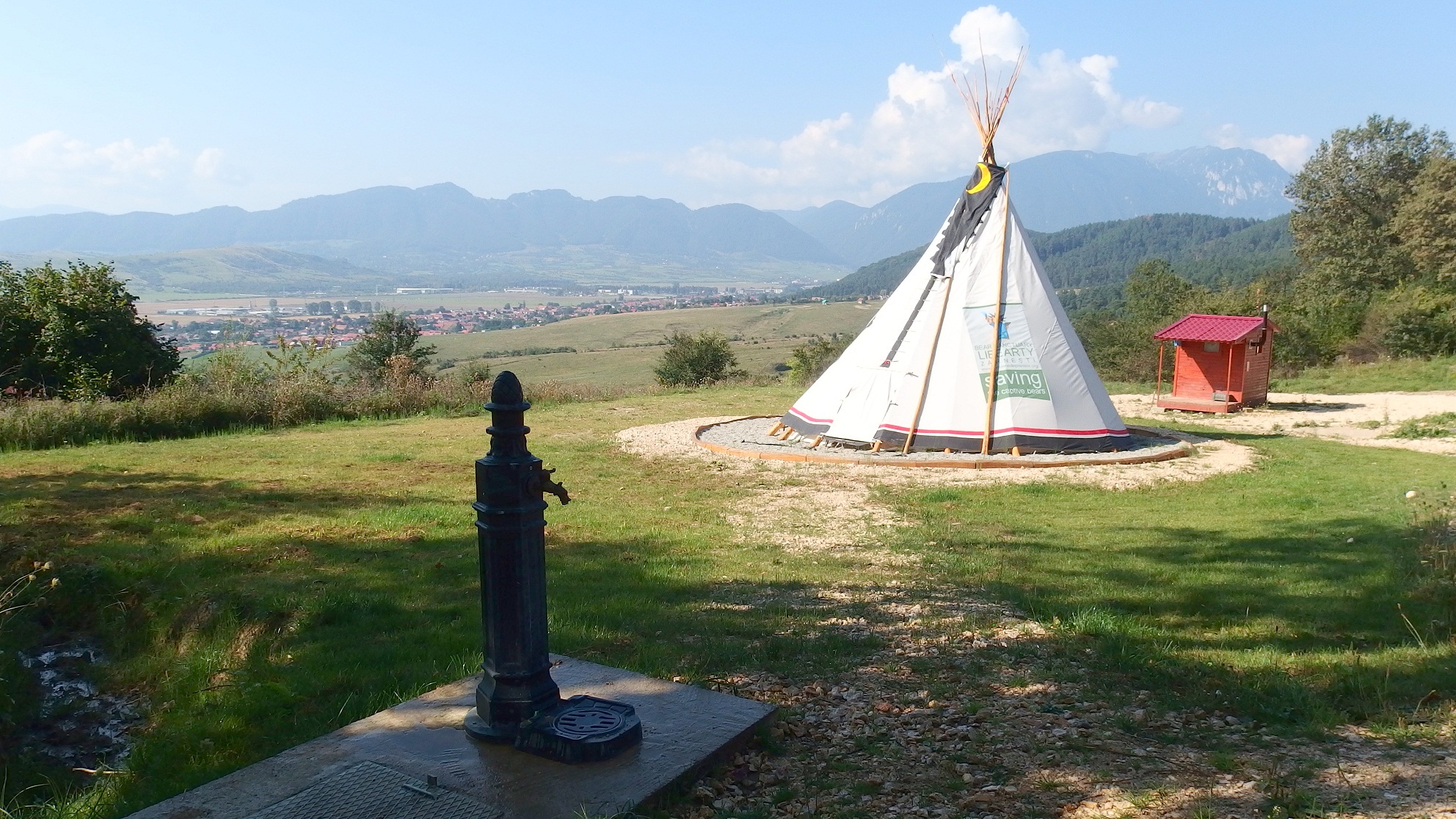 The construction of the Indian camp at Libearty began this fall. The location was spotted a long time ago—the only panoramic point among oaks that seem to sidestep the greatness of the Piatra Craiului, Bucegi, and Postăvarul mountains. The ground was built up to an impressive height near the third enclosure, across from the underground observation point. The construction team leveled and loosened the soil with help from an excavator and a mini milling bulldozer. The lawn was seeded and the grass began to grow. Finally, the new tableland was ready for its centerpiece: an Indian tent.
The tent is quite authentic – it was manufactured in Canada by a family of Native Americans who are keeping their ancestors’ traditions. The ancestral connection of Native Americans with wildlife is well known, so there’s no better place to connect with nature than an Indian tent. However, innovative technologies have made their place in this nature too – the tent was placed on a embankment with a drainage system of ditches and gravel. An “anti-weed” protective film will stop the growth of vegetation inside the tent. The site will even have water and electricity, hooked up from the main building over 500 meters away.
The main purpose of this camp is to get young people back to nature and show them that they can coexist in harmony with animals. Romania used to be a place where people and wild animals lived in peace and quiet in a natural balance. However, in recent decades, due to urban sprawl, excessive harvesting of berries and mushrooms, massive deforestation, and rampant mountain tourism, this delicate balance has been destroyed. Wild animals are paying for humans’ mistakes, and young people are miseducated and live in fear, believing that wild animals and their environment are dangerous. We’re trying to make things right. Spending a night in nature among bears, visiting the sanctuary, watching documentaries, volunteering, attending workshops – all of these will change how young people think about wild animals and their importance.
The project plan was drafted in the spring of 2014 and is now part of AMP’s educational service stategy. In August 2014, an important partner of the Libearty Sanctuary, the German association Welttierschutzgesellschaft e.V,. agreed to finance this project. The work took about 45 days. In the spring of 2015, restrooms will be installed and finishing touches will be made to put this camp into use.