Thrown from the car in the roundabout 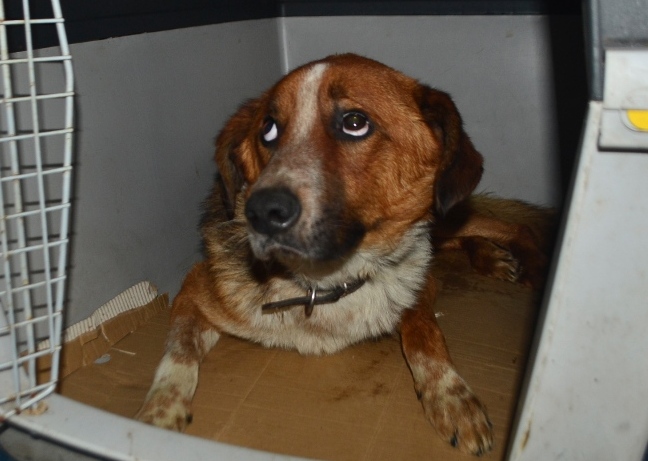 An outrageous gesture in the middle of an intersection in Brasov—a gesture that proves once again that sometimes people can be more cruel than any ferocious animal. A large male dog, about three years old, was mercilessly thrown out of a moving car. The other drivers had a hard time avoiding the poor dog, and pedestrians petrified when they saw what was happening. Unfortunately nobody had the inspiration to take down the car’s registration number. The AMP emergency team was called by the eyewitnesses of this horrible event, and the dog arrived safely at the Victory shelter’s clinic. He couldn’t move his hind legs. “We immediately started a recovery-treatment, mainly based on TLC. At first we didn’t know if it was a fractured pelvis, or a hernia caused by the impact with the asphalt. We also didn’t know if he would survive. After two days, he made us happy by standing on his hind legs. We later discovered that he had a fractured pelvis,” says Dr. Ciprian Cocianu. There’s a long way to his full recovery; however, we can say that he was reborn. He was called Hope, just like the female dog from Kentucky in the United States who went through exactly the same tragic experience four years ago.