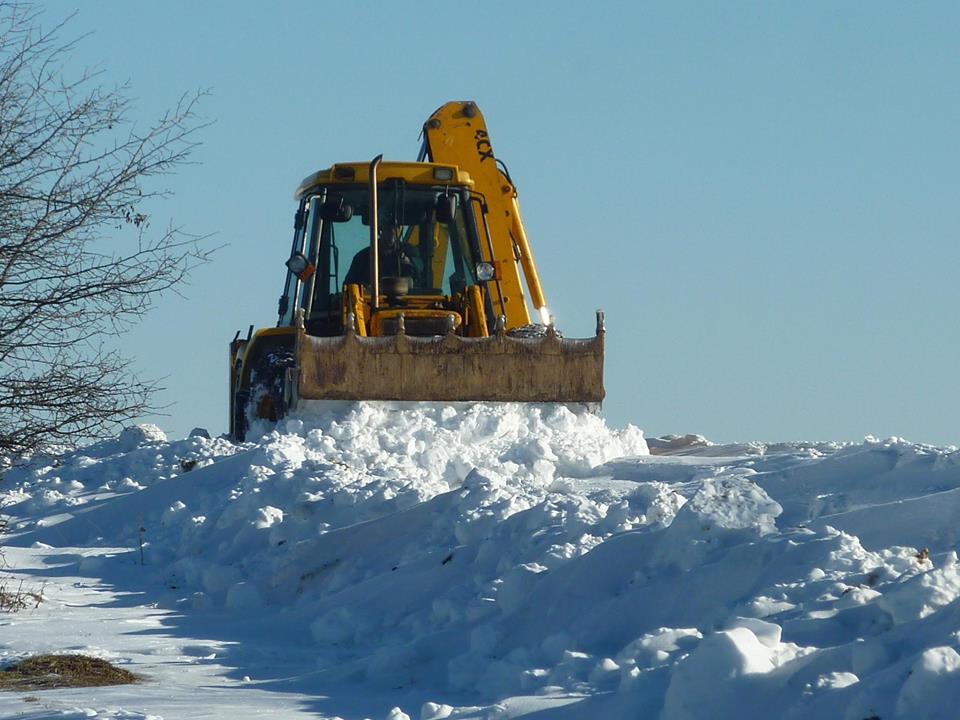 As some of you probably know, during the winter, just some of the sanctuary bears hibernate. The rest of them are still active, like they are in any season. This activity is due to the fact that these bears lived in captivity once. Coming from zoos (where they were fed also during the winter to be awake when visitors came), from circuses (where they had to perform during the winter) and from cages near restaurants, gas-stations, etc. (where they were kept just to entertain the tourists), these bears now live a free life. Thus, only 30 percent of the bears respond to the call of hibernation. For all the non-hibernating bears, the sanctuary team has to provide their daily food during the winter, too, even when conditions are harsh. Neither heavy snow, blizzards, nor frost can stop us from taking food to the bears.

This winter, the snow was a little late, so the snow-storms extended in February too. This meant that the sanctuary-team had to fight it with whatever “weapons” they had at hand. Wooden sticks were planted at the edge of the forest-road that leads to the sanctuary, so that during a blizzard our team would know where to remove the snow using shovels and an excavator. Whenever the van with tons of bear-food couldn’t make it up the forest-road, a jeep delivered it, sometimes making three or four trips to the sanctuary and back to provide the bears with what they needed.

The electrical-wires of the fences surrounding the bear-enclosures weren’t discarded either. They had to be cleaned up manually after each snow or blizzard; otherwise, the weight of the snow would have prevented them from functioning properly. Luckily the snow melted after a few weeks, so driving up to the sanctuary is no longer an adventure