Love is in the air… 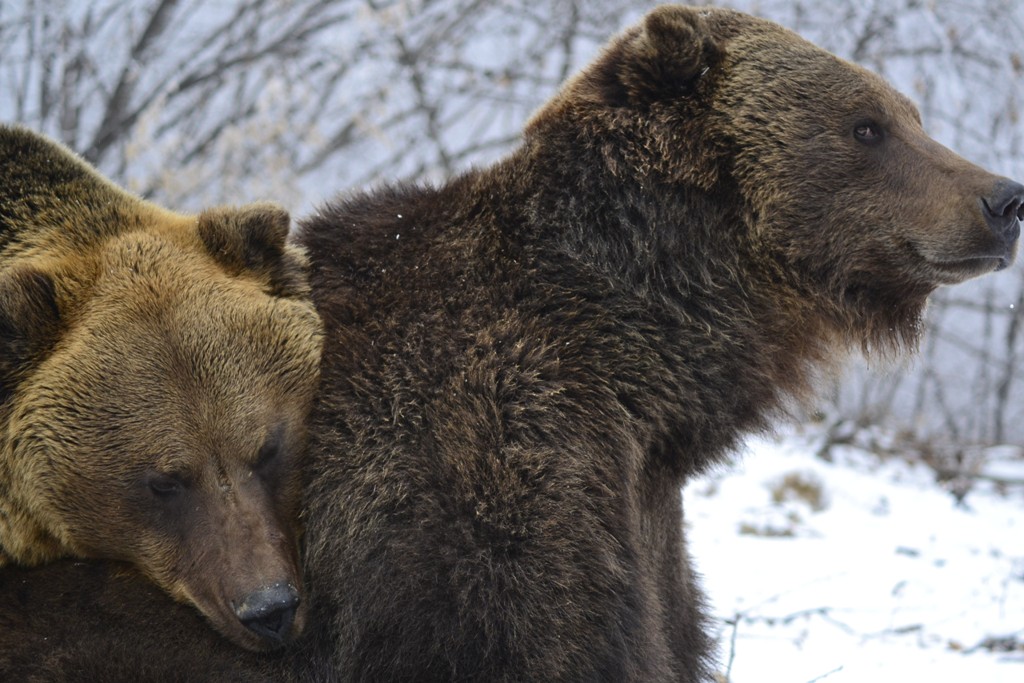 In February, love was every where. We celebrated Valentine’s Day on February 14 and Dragobete (the Romanian version of Valentine’s Day) on February 24, and neither the bears were too shy to show their affection. And, because our bears are unable to buy flowers, chocolates or teddy bears … they came up with a much simpler solution to the problem of finding the ideal gift.

So it happened that the two furry lovers gave us quite a show one February afternoon. Yogi and Fiona have shown us, that we humans often forget about a gift more precious than those found in stores —not to mention that it’s also free. Abear hug can say more than a thousand words, or … gifts. And the two hugged and comforted each other for minutes on end. So all that we can say now is that “Love is in the air….”