Romanians – Europeans with most pets 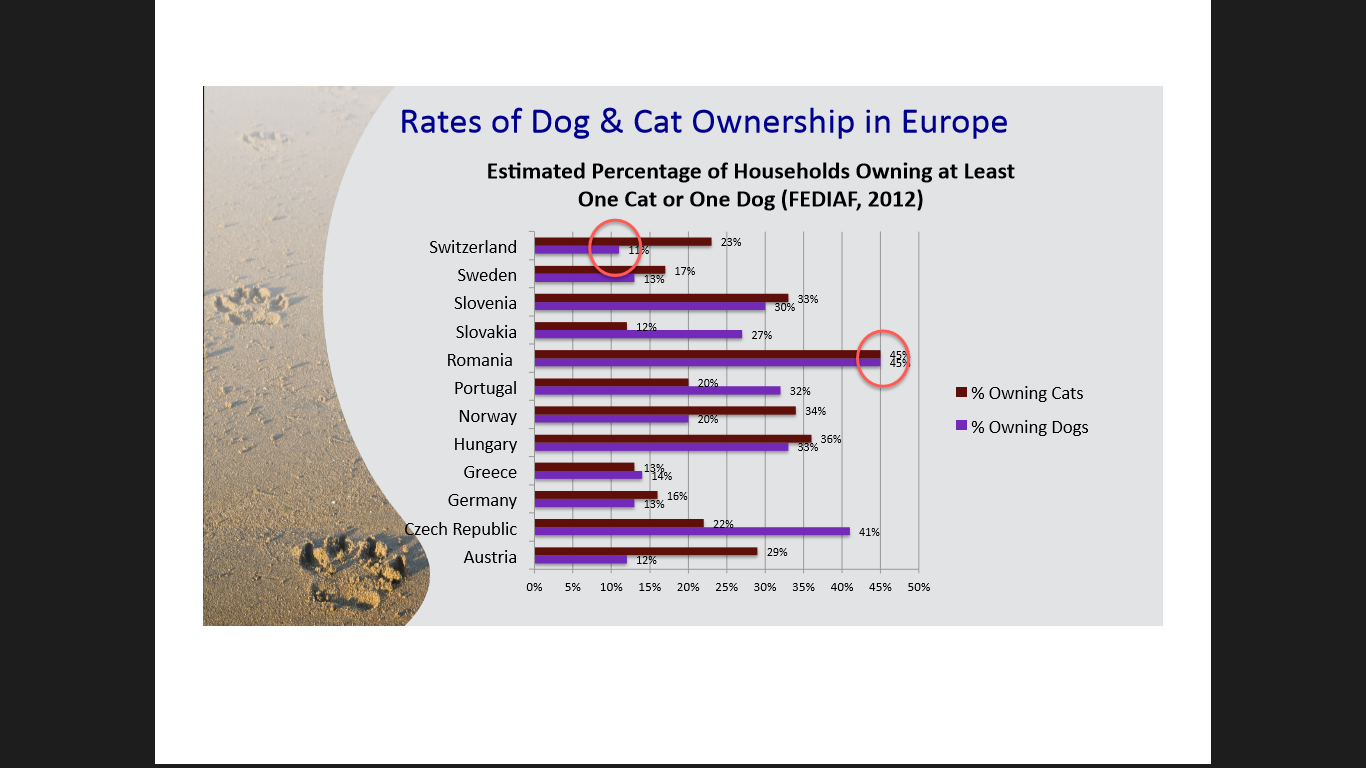 When it comes to pets, it doesn’t matter how much money you have, neither if you have a home. The second meeting of the International Conference on Animal Management (ICAM 2015), held in Istanbul, presented the last studies regarding the number of pets and their spreading in Europe. Therefore, based on the monitoring data from ”Euromonitor 2012”, a veterinary university in Pennsylvania showed that Romania is the country with the highest number of pets per capita. Over 50% of the Romanians have a dog! This situation is confirmed by AMP’s statistics, conducted in 14 schools in Brasov where over 70% of the students have a pet, mostly dogs, then cats and parrots.
The researchers were intrigued by the fact that countries with more developed living standards – such as Germany and Austria – are laggards in this ranking. The situation could only be explained by the fact that Romania is the country with most homeowners, however the argument “if you have a house, you have a dog” does not apply to other countries of the former Soviet bloc, where the practice of purchasing (at the expense of hiring) is more widespread as in Germany or Austria. Even more strange: Bulgaria and Greece – countries with similar cultures and budgets, have an average number of dogs with an owner. Whereas no one knows why Romanians own so many dogs, we can only say that … Romanians love animals. Director of the Animal’s Interaction with Society Center, Dr. James Serpell quotes: “The most important influence on the number of dogs is the attitude of people”.
“ICAM 2015 is the most important international event in the field of management of stray dogs. Since the first meeting, ICAM is trying to establish the foundations of a unitary control system of stray animals, starting from catching and sterilizing to placing the animal to a family”, said AMP’s PR director, Liviu Cioineag. On the invitation of Word Animal Protection, AMP was also present at this event, together with Dr. Dan Serban, the representative of Sanitary Veterinary Directorate Brasov.