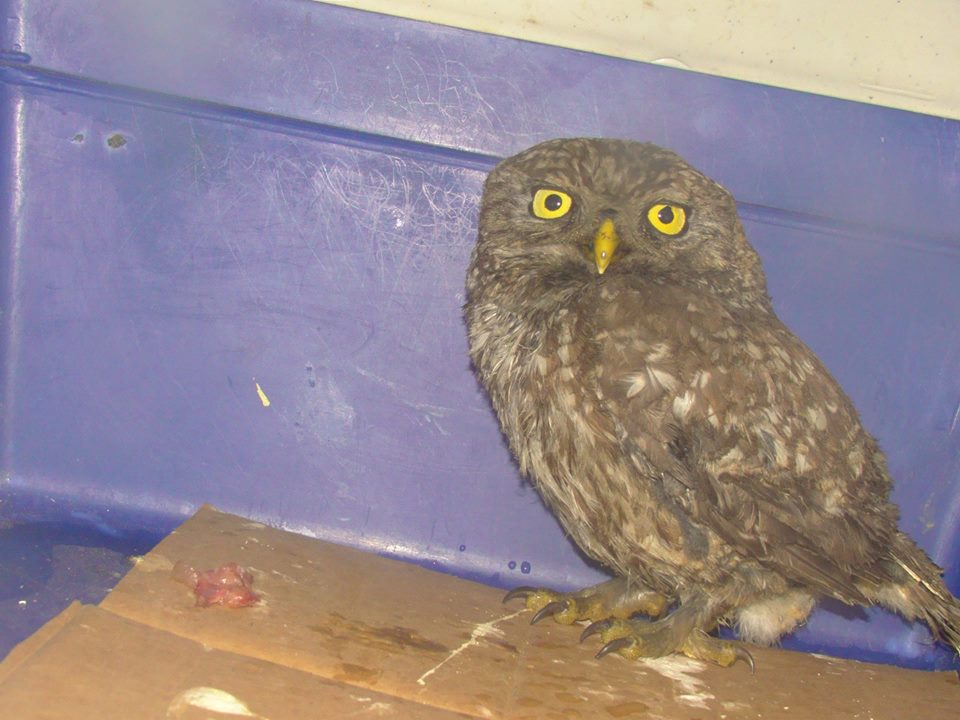 Owls began “to drop” in March, same as pears do in autumn. AMP has managed three cases of injured or diseased owls, from viral causes. The most beautiful story is that of a young owl that – nobody knows how – landed in the chimney of a house in Brasov. The little owl has slipped on the “blast furnace “and almost landed in the fireplace, where a slow fire was waiting. Fortunately he stopped in a hollow and started making a noise until he was heard by the owner of the house. After some struggle, he succeeded in pulling the bird out of the chimney and called the “Millions of Friends” association. The owl got away with his wings a little bit fried. “He was in good condition. He could stand on his feet and could twist his head. He had some burnt feathers on some parts, especially on the tips”, said the AMP vet Ciprian Cocianu.
After receiving specific treatments, Santa’s little owl was transported to Sibiu, where he was taken over by the representatives of the “Friends of Storks” Association. The bird was named Baby Smurf, because he was being fed like a baby. “He had an infection and he was treated with antibiotics. The little owl has recovered now! He’s very sweet, we give him the food directly in his beak and we hold him in our arms. I believe he has all chances to fly again”, said the president of “Friends of Storks”, Miruna Grițu.
Little owls are also popularly called rock-owls. They are birds of prey and are mainly “working” in night shift. In order to avoid misleading their circadian rhythm in captivity, they are kept in an environment where light is controlled – a room with blinds. In the autumn, after “Baby Smurf” will gain some weight, he’ll be released in the forest.
If you enjoyed the story of the baby owl, you can support our association’s work, so that we can save even more injured birds. For more details check also “Friends of Storks” Cristian, Romania, on Facebook.