Between sun and snow 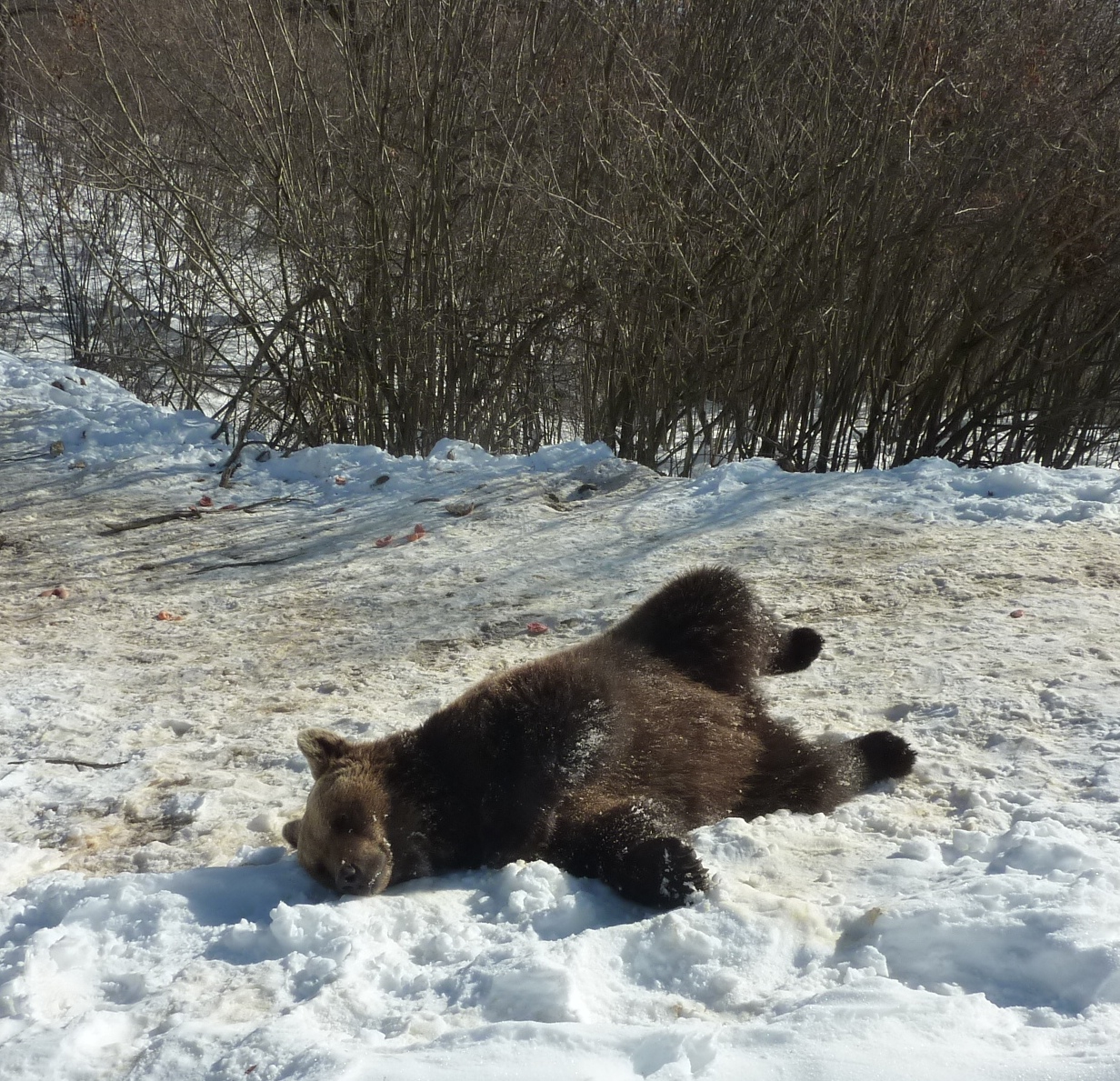 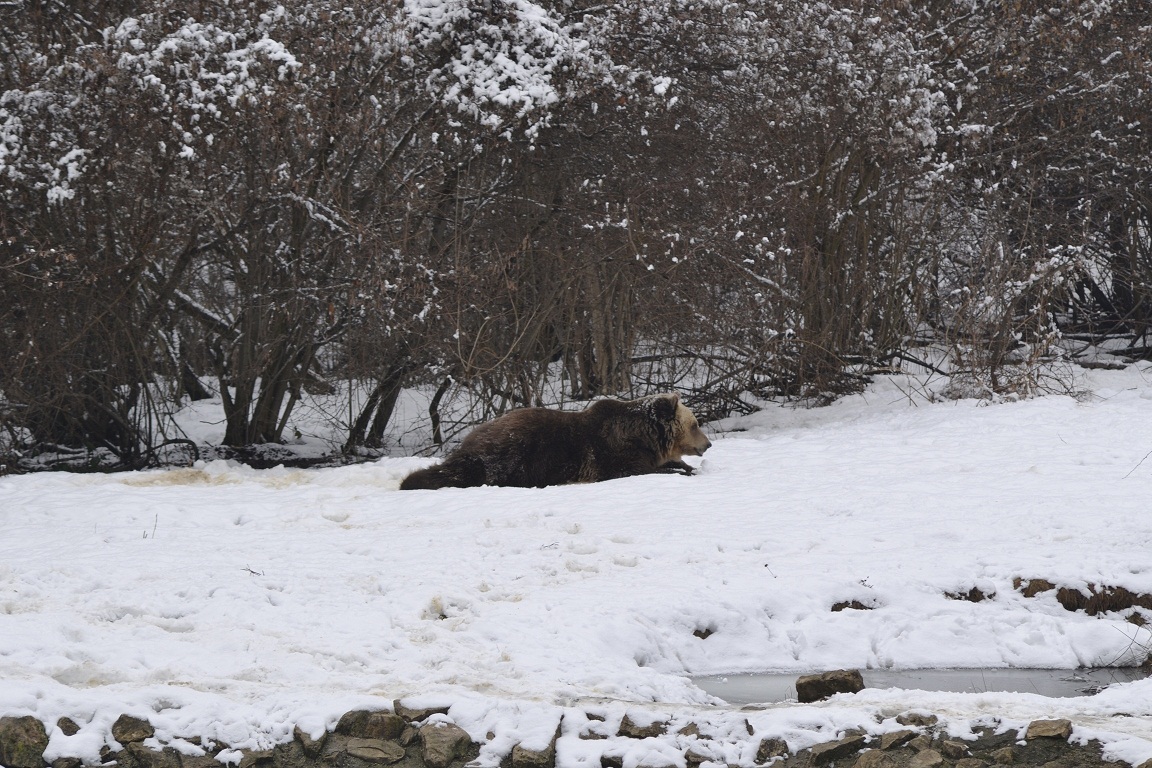 Between the departing winter and the arriving spring, the alarm clock of nature has began to “ring” in the sanctuary. For the bears who didn’t hibernate this winter, this is the wind of change. For the rest of them, nature has a ”snooze” button, that several of these sleepy heads have pressed. As soon as the ice began to melt and the sun began to shine among showers of sleet, the bears began to play.
Dandy caught one of those sunny days disguised as a cloudy one and stumbled by laziness and landed on his back. It looks like he was taking a sun bath, but as the great sun was missing, all it could be was a cloud bath or a wrap in the snow. For an even tan, the bear has raised his arms, exposing his armpits.
A few days later, something wonderful had happened under the surprisingly joyous sun. The ice cover of the pools began to break and the first bath in 2015 took place in the sanctuary. Muki was the first of the brave ones. We can’t say that it was a full-fledged splashing, just a ”damping” in the ice cold water.