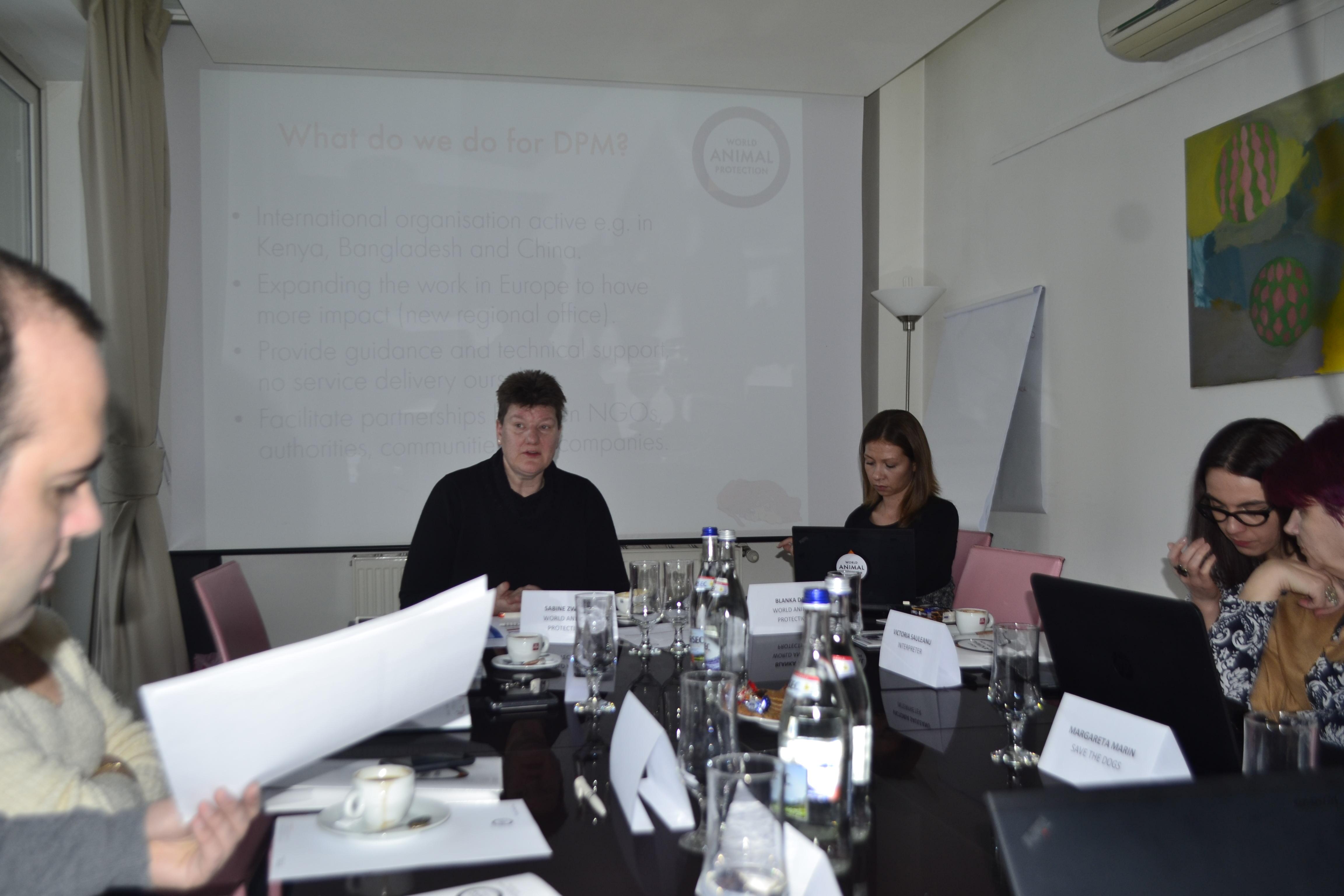 In January, five Romanian animal protection associations met in Bucharest to present the results of their educational projects in animal protection and welfare. The meeting was sponsored by World Animal Protecțion—Haga, an association involved in the management of stray dogs in various parts of the world. ”While assessing the management of stray dogs in Romania, we got in contact with the most important NGOs in the field. Even if they work in different cities or regions, one thing these stakeholders share is an interest in education,” said Sabine Zwiers, World Animal Protection campaign manager for Europe.

Students don’t know why we have dogs on the streets
AMP presented the results of the most recent animal welfare projects in Romania. In only two years, the AMP education team evaluated the students’ need for education in 14 schools. “The first step consisted of assessing the knowledge they’d acquired by the fifth or sixth grade. We were pleasantly surprised to see that students have pretty rich general knowledge; however, there is a big gap when it comes to animals living next to us. Few students understand how dogs end up on the streets, why it’s important to microchip our pets, or how bears get to the garbage bins. Not understanding these issues is deepening the new generation’s fear or indifference towards stray dogs and bears, highlighting these social problems,” said AMP PR director Liviu Cioineag. Conducted by the AMP team over the past year, the study shows a surprising interest in animal welfare among children: over 70% of fifth- and sixth-graders have a companion animal. Dogs are their favorite pets, followed by cats and canaries. Among these young dog and cat owners, only 10% have microchipped their companions. The percentage is small due to the lack of a unified database that should facilitate the tracking of an owner when the animal is lost. On the other hand, a third of the students have sterilized their cats or dogs—an encouraging number. The research was conducted on a sample of 409 children, representing over 10% of the fifth- and sixth-grade school population in the city of Brasov. Comparing the data with that of ANSVSA and other NGOs in the country, we can conclude that—possibly due to higher living standards —the number of animals with owners is higher than in other cities. While the interest in microchipping falls within the national average, the sterilization rate is significantly higher,” said Cioineag.
The meeting ended with a unanimous agreement to initiate a joint educational project that will be implemented with the support of ANSVSA and the Ministry of Education at a national level.