Giant bears – from London to Zarnesti 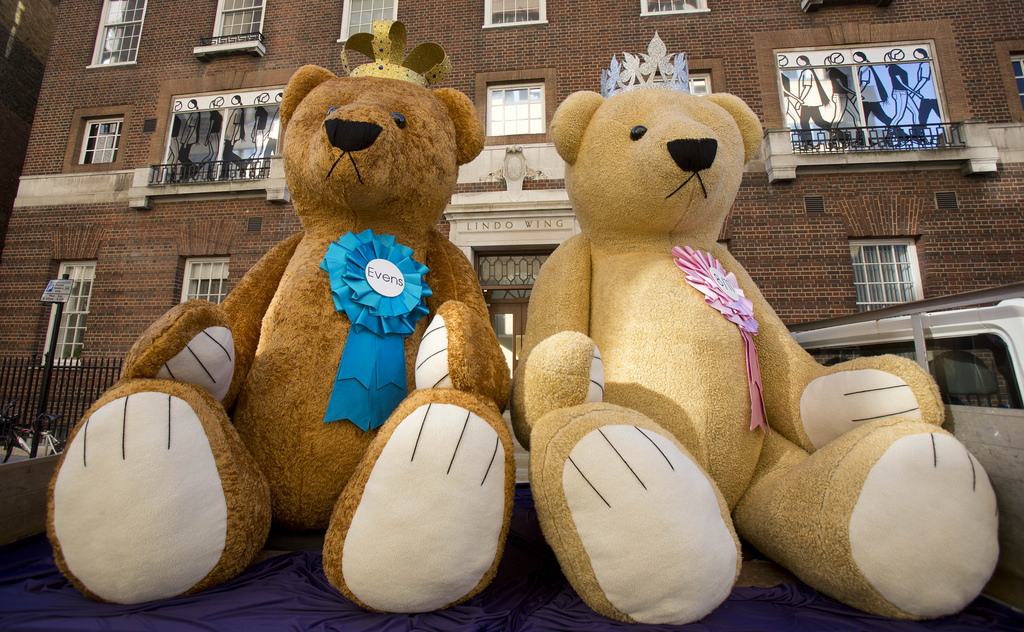 Two giant, 3 meters tall, teddy bears have travelled from London to Zarnesti, where the European Teddy-Bear Museum will open. These teddies were manufactured by the owner of the biggest bookmakers William Hill, in the honour of the second child the Duchess of Cambridge, Kate, was expecting. Therefore, one of the teddies is a "prince" and the other one a … "princess".

In order to obtain these teddies, a big team has worked for more than 2 months. The giant couple has made the tour of London, visited Buckingham Palace, the parliament, Kensington Palace and St. Mary's Hospital, where the two successors of the Royal House were born. The teddies have now become the residents of the Libearty bear sanctuary in Zarnesti and are the first ones of a teddy-bear collection that will be on show for the visitors in the first European Teddy-Bear Museum at Libearty. Hundreds of such toys will be brought here from all continents. In this museum will be hosted also the teddy-bears belonging to celebrities, and also some special hand-made bears made by teddy collectors from around the world.
The museum will be inaugurated on October 17, on the occasion of the 10th anniversary since the foundation of the largest brown bear sanctuary in Europe: Libearty. Those willing to help in equipping the first Teddy Bear Museum in Europe can make a donation in one of the AMP’s accounts.