She lived only half of her life 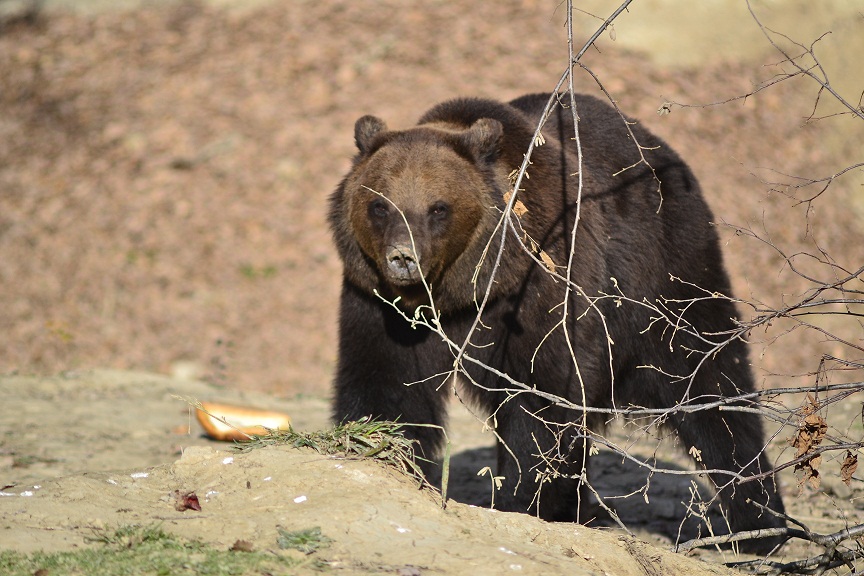 The “Cozla” zoo has never been and probably will never be a perfect space for animals. Dozens of complaints about the appalling detention conditions of animals at the zoo were received by the animal protection associations and authorities.
The atmosphere there is dull. Among the animals that look bored through the rusty zoo fence, two female bears were sharing the same enclosure in unimaginable conditions. Ina and Anca were 20 years old and although they are sisters, there is no way of them getting along together – they just couldn’t live together in such a small concrete area without fighting.The enclosure where they lived had only a single pool of water, one den and one “walking” area, for two bears. The only solution the zoo manager could fiind was taken over from chess – a weekly ‘castling’ between the two sisters where, once a week, Ina could use the pool and den, and Anca had to stay in the walking area at the other side of the gate. After 3 days, the sisters would change cells so the other bear had the pool for a few days while the second bear was confined to the small walking area. The division of the bears between the essential needs of life, worked only on paper, because of the already too permissive law.
After years of complaints, AMP persuaded the authorities to do justice. With the support of the National Environmental Guard, the local administration agreed to give Ina up. Now she has trees, a pool and a den only for herself at the Libearty sanctuary. Delights without measure, only to forget a half lived life!